A GRUELLING CHALLENGE IN MEMORY OF KATH We’re incredibly proud of one of our Principle Consultants, Chris O’Connor, who’s about to take on a challenging cycle in memory of his beloved sister Kath who sadly passed away recently. Peaks Challenge Falls Creek is one of the toughest things you can do on a bike, but for Chris O'Connor, riding uphill for 13 hours is nothing compared to what his sister Kath had to fight.

On 16 November 2019, Kath lost a five-year battle with ovarian cancer. She endured a hysterectomy, chemotherapy, radiation, remission, relapse, spinal surgery and a brain tumour. Chris had been considering taking on the Peaks Challenge ride for a few years and decided that 2020 was the year.

After Kath’s spinal surgery, she was left with no feeling below the ankles, and confined to wheelchair. Chris planned to use the ride as a fundraiser to buy a second-hand car, that could be converted to use hand-controls giving Kath independence and mobility. But sadly, she passed away six weeks before Christmas.

As a tribute to his late sister, Chris is continuing to fundraise for the Cancer Council through his ride so that in the future people don't have to suffer like Kath.

An added inspiration is that this year's Peaks Challenge Falls Creek will be held on International Women's Day.
"I still have the same big challenge, but now it's a tribute to her, and the amazing life she led," says Chris.
"Because one in two Australians will be diagnosed with cancer in their lifetime, I’m putting my body to the test to raise funds and show my support. I can surely put my body to the test for only 12 hours - Kath did it for 5 years."

Peaks Challenge Falls Creek is known as one of the world's most gruelling cycling events – it's a 235 kilometre ride with 4,000 metres of climbing up the three mountains of Tawonga Gap, Mount Hotham and Falls Creek.
It has a 13-hour time limit and sees people cross the finish line covered in sweat, tears and sometimes blood.
It's comparable to completing an alpine stage of the Tour de France, and with the on-road support from Bicycle Network, it's the day that amateur cyclists get to ride like a pro.

2020 is the 11th edition of the ride and is set to be special one with Bicycle Network participating in Ride HIgh Country's #RollOnBack campaign to support communities affected by bushfires.
While Peaks Challenge Falls Creek has always been a personal test, the reasons for taking on the test are never selfish, which is shown in Chris's fundraising efforts. More than $1,000 has already been donated by fellow riders and friends. 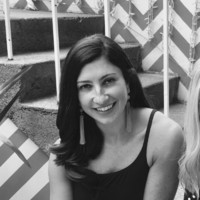 Senior Manager
Fiona has a background in marketing and client services across multiple sectors in Ireland, United Kingdom and Australia. She is responsible for Marketing and Operations at Digital First, providing guidance on the strategic direction of our business and how we engage with our customers.